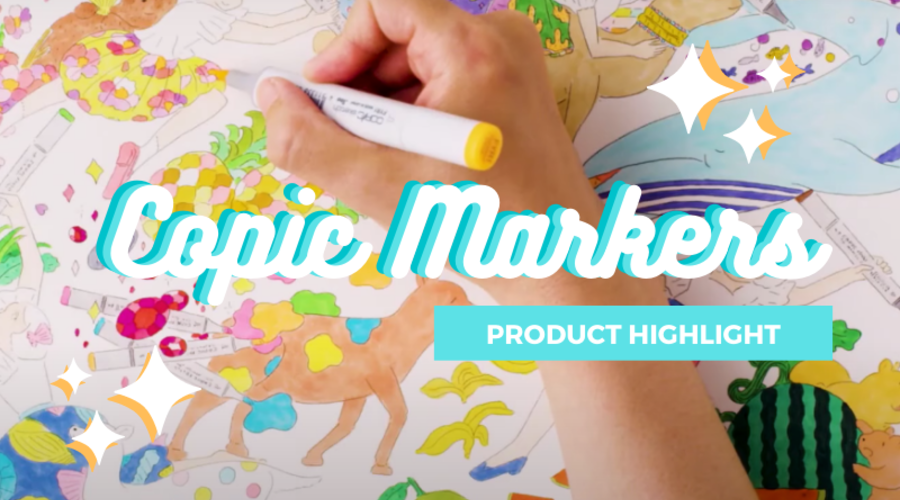 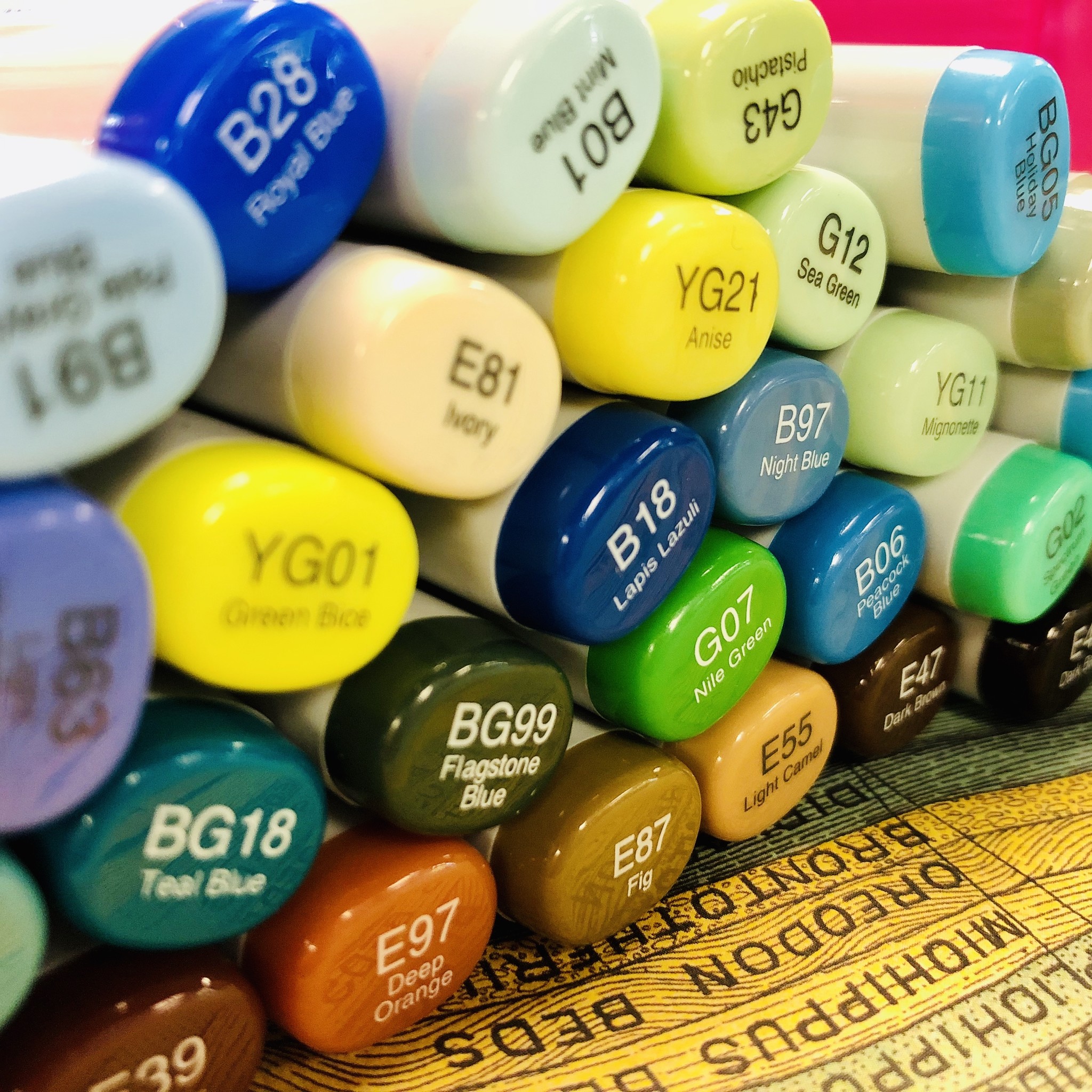 Copic markers are one of collage’s most beloved items. Versatile, vibrant, and in a wide spectrum of colors, they are popular with all sorts of illustrators and designers. Manga artists, crafters, fine artists, architects, and fashion designers love them for their smooth application and seamless blending. Their advanced color system spans 358 distinct colors! But did you know that design markers have been around since the 1960s? Have you ever wondered what the numbers on the cap actually mean? Did you realize that the colorless blender has multiple uses? Read on to learn more!

A Brief History of the Copic

The Speedry Marker is introduced in Japan by a company called Izumiya. In 1969, Magic Marker of Japan and the US Magic Marker company joined to launch the Speedry line in the states. With a 150-color range, the Speedry was the first marker developed specifically for designers. (At this stage, Izumiya design markers did not yet have the alcohol base of the modern Copic marker.) 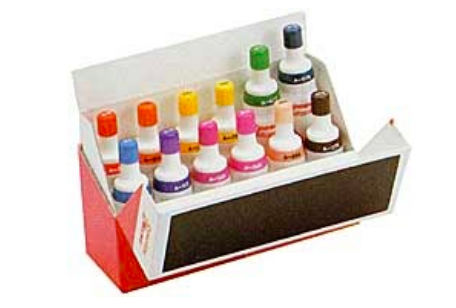 A box of Izumiya markers from the 1960s.

The first Copic Classic marker is introduced in Japan! Designers and illustrators wanted a marker that would not smudge the toner on a photocopy, and the Copic marker was developed in response to this need. (Some say the the name ‘Copic’ comes from the word ‘copies’, but this isn’t verified.) 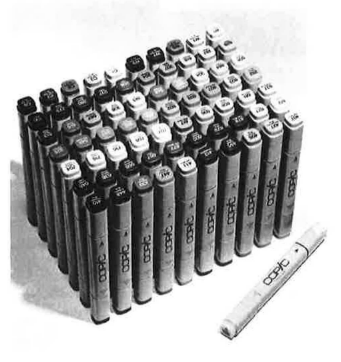 Neutral colors and gray tones are added to the Copic line. These colors were added for use by architects and for figure drawing.

New colors are added for use in environmental and fashion design.

Copic Sketch is released in 144 colors!

Multiliners and the Copic Ciao are released in 72 colors. 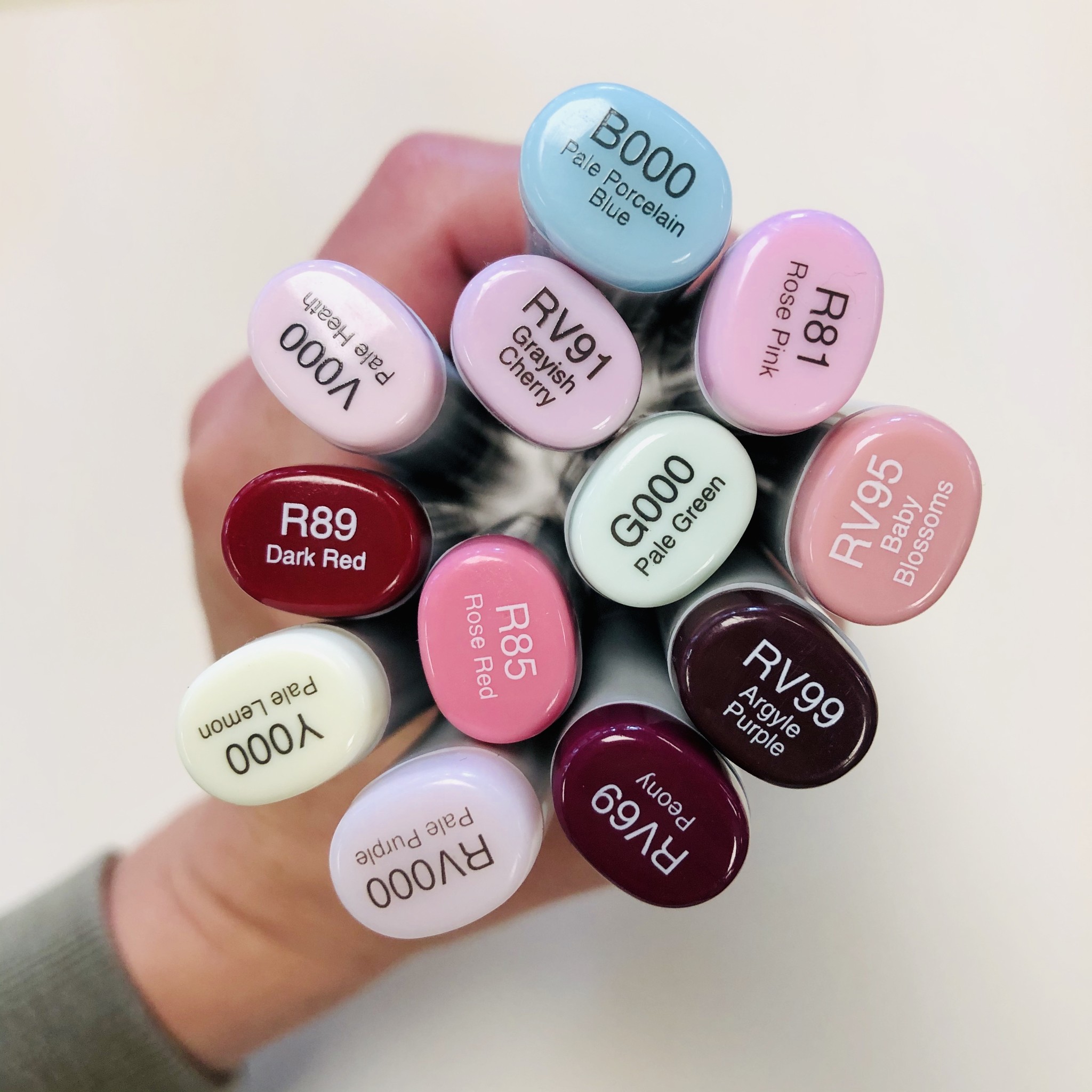 Copic Wides are released in 36 colors, in addition to 12 new Sketch colors. 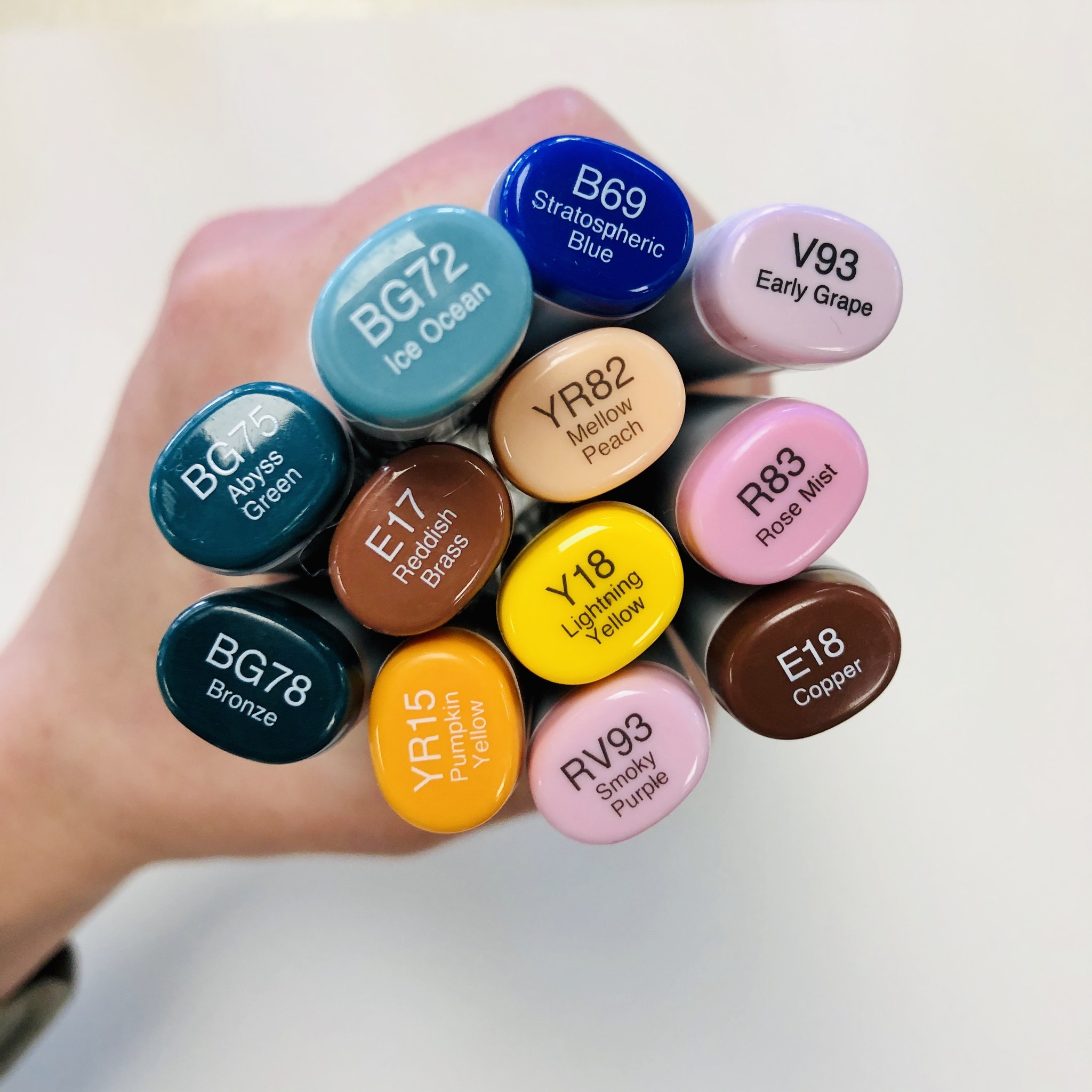 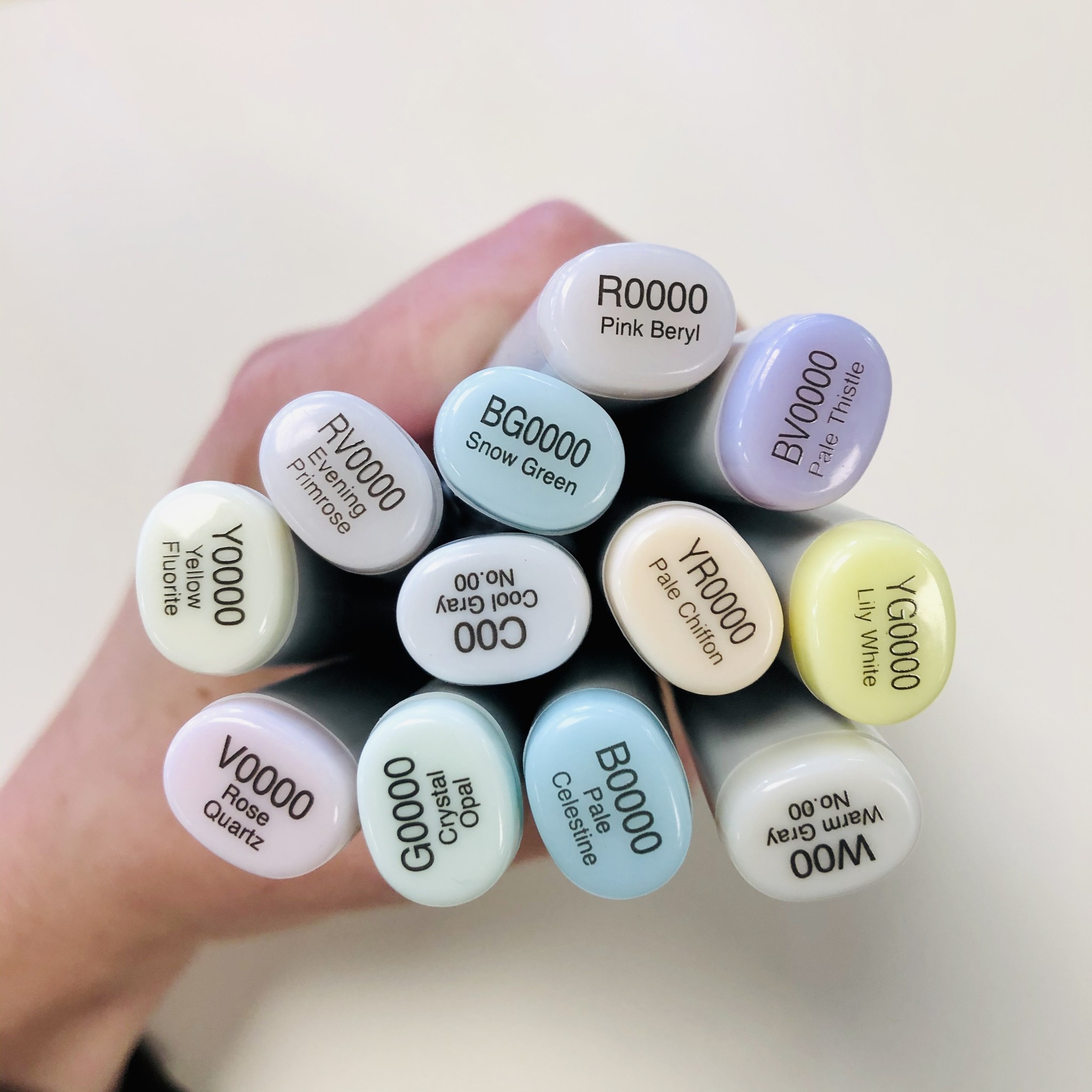 The Sketch Manga Illustration Set is released. This 24-color pack contains a selection of colors chosen for the beginning manga illustrator.

Types of Copic Markers and Pens

Copic Sketch is the most popular type of marker. Sketches come in 358 colors, the widest range of all Copic marker types. They have one brush tip and one chisel tip, and an oval barrel and cap.

Sketch’s little sister! The Ciao is a smaller, thriftier marker with chisel and brush nibs. Comes in 180 colors.

Classics are the oldest line of Copic markers, and have a large, squarish barrel and cap. One end has a large chisel tip and the other has a bullet tip.

The Multiliner is a pigment-based liner pen offered in a range of sizes and colors. These pens won’t bleed when colored-over with markers.

Multiliner SP is the reusable option of the standard Multiliner, and has a replaceable nib and cartridge and a sturdy aluminium barrel. 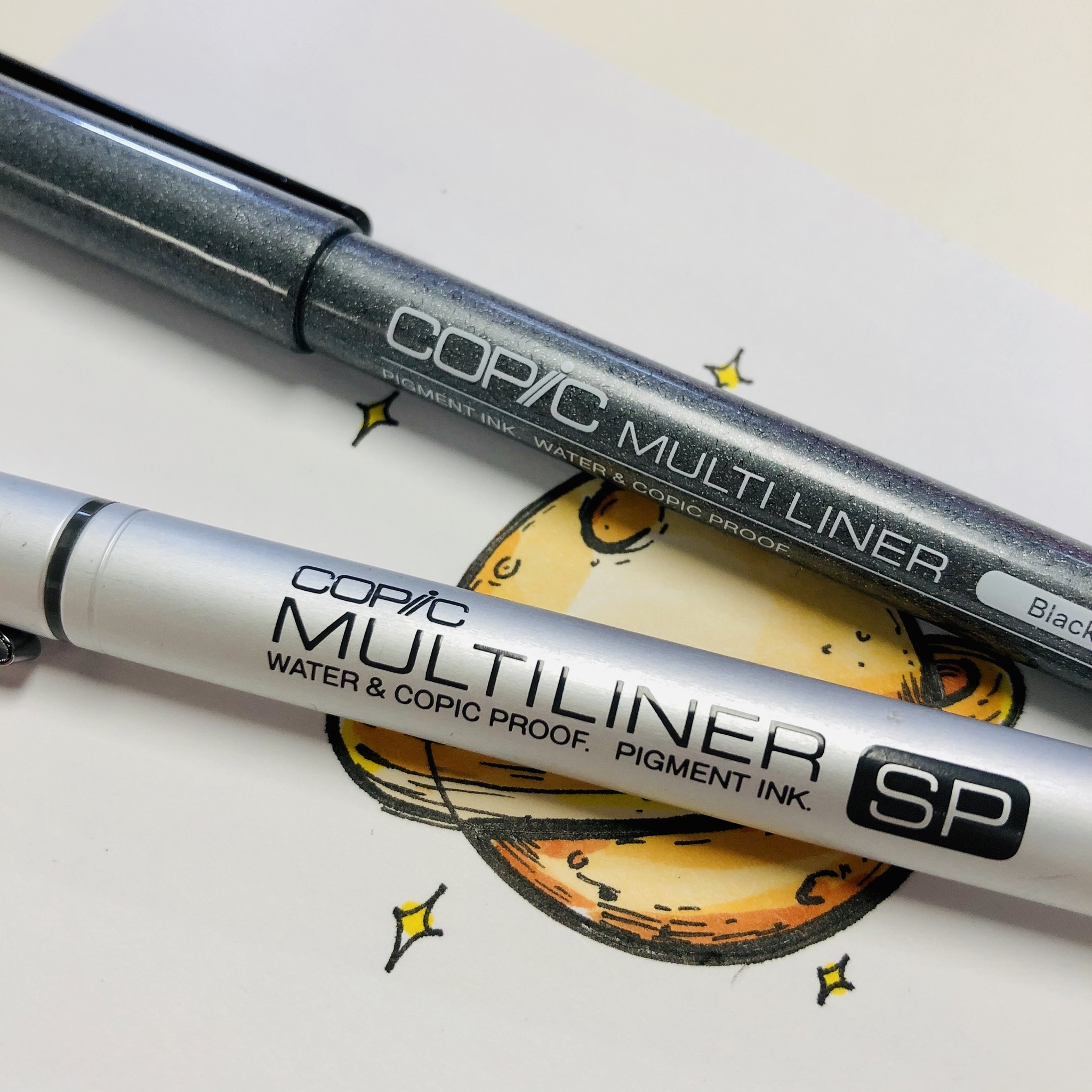 The 358 Copic colors are categorized by color family, saturation, and intensity. The letters and numbers on each marker indicate where that specific color falls on the spectrum, how close to gray it is, and how light it is. If you think of colors as falling not only on a rainbow spectrum, but also on a spectrum of grayest to most colorful, and a spectrum of lighter to darker, you’ll be able to make sense of Copic’s coloring system.

The letter on each color tells you which color family it belongs to:

We use lots of interchangeable words to describe color, so it can be difficult to distinguish between saturation and intensity. But when dealing with a wide range of colors designed for precise shading and blending, it isn’t quite enough to categorize them simply in rainbow order or from lightest to darkest. Some of Copic’s colors are very dark, but what we’re actually seeing is high intensity or saturation. Most importantly, though, the Copic color system is designed to be intuitive, so you don’t have to know exactly what each digit means to know what colors will blend well. But for the curious, here is a brief breakdown of what each letter and digit means: 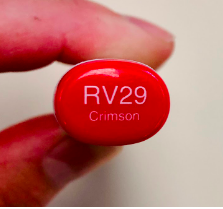 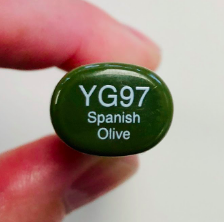 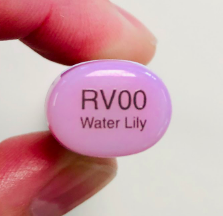 0 - most saturated (in the case of very light colors, this looks more clearest/cleanest)

Copic makes a total of 46 shades of gray. Though gray is technically achromatic (meaning, it has no color), it can have a warmer or cooler hue that can compliment the true colors it is used with. Copic offers a range of warm grays, neutral grays, cool grays, and toner grays (which are between warm and neutral). Copic also makes two different blacks: 100 Black is a cooler, bluer black and 110 Special Black is a warmer, redder black. 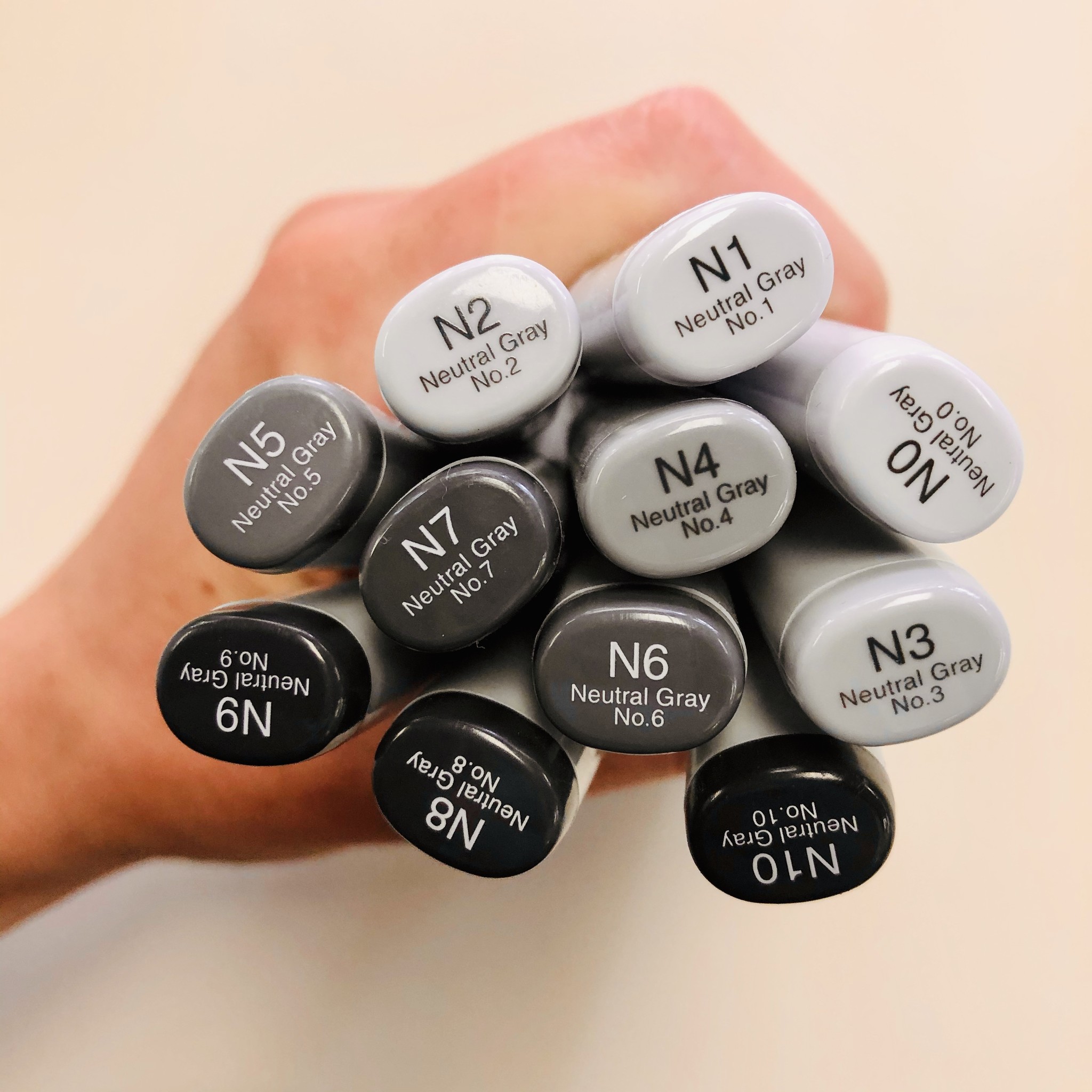 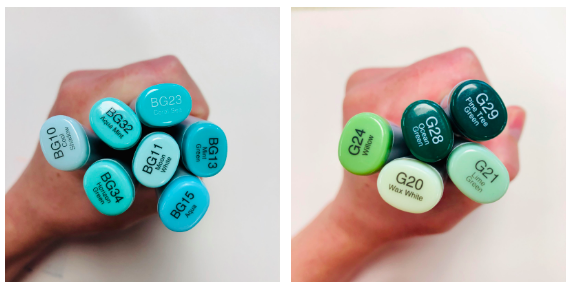 The blue-greens on the left will blend together well, even though they have different digits. The greens on the right share a saturation level (2) but differ in intensity, and would work to create a gradient. 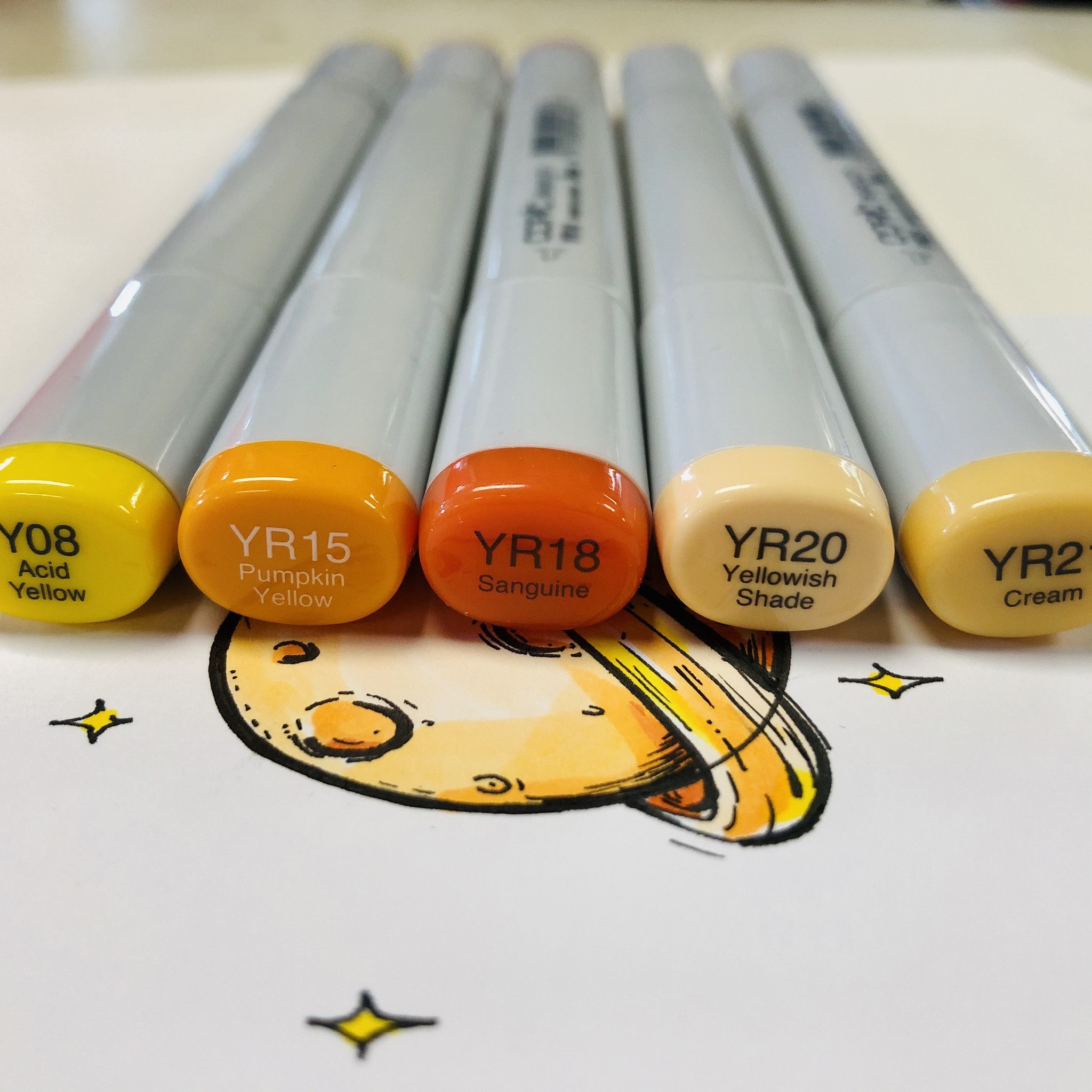 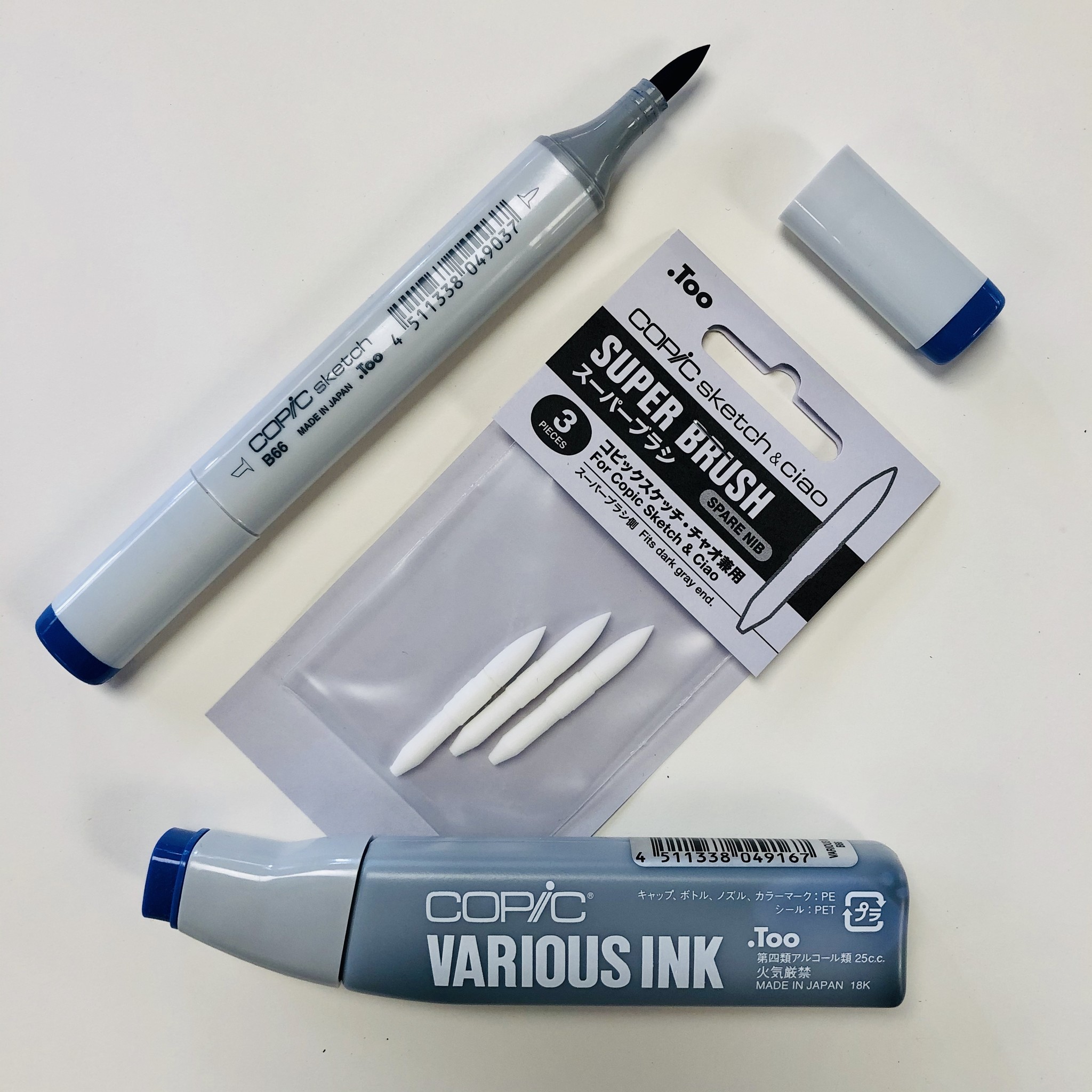 Once you buy a Copic color, you never need to buy a new one! collage carries refills as well as replacement nibs. 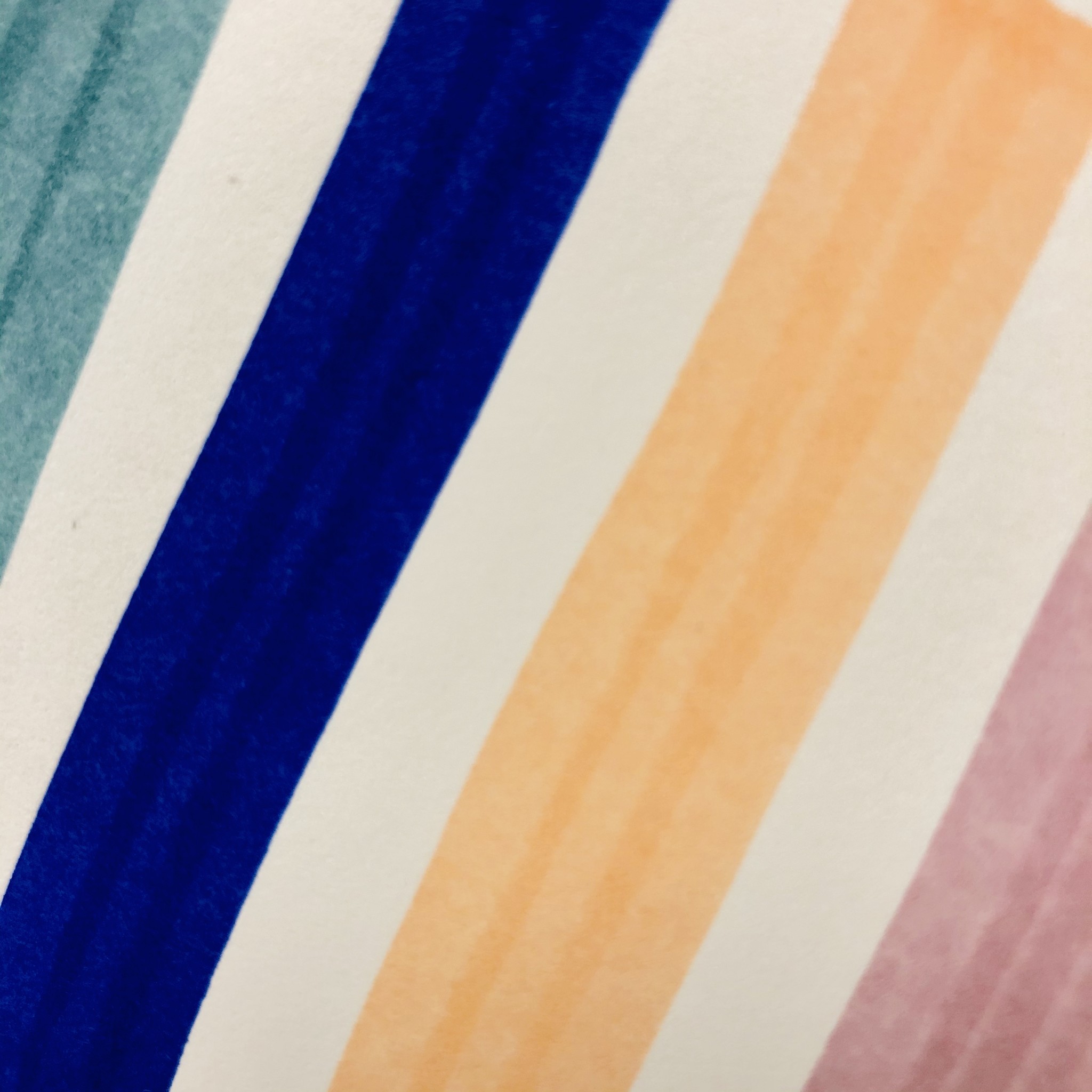 Whether you’re an old pro or a curious newcomer, there is a lot to learn and discover about Copic markers. As always, we are here to guide you in choosing the right colors or answer your questions about all things Copic!