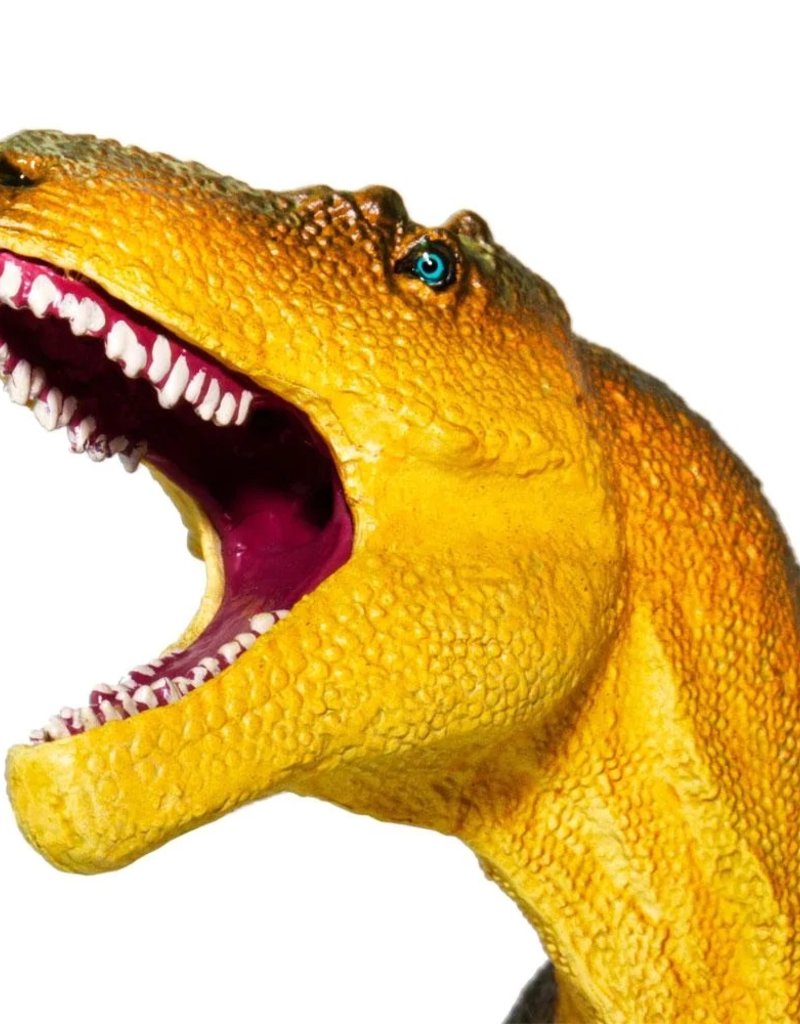 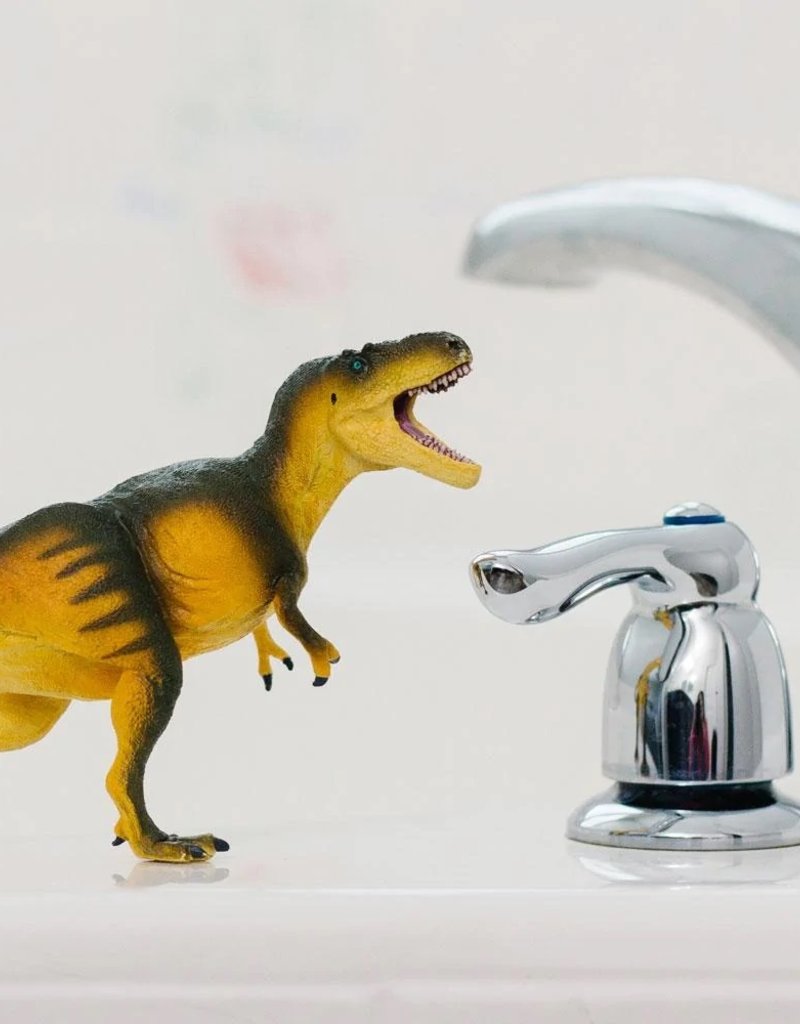 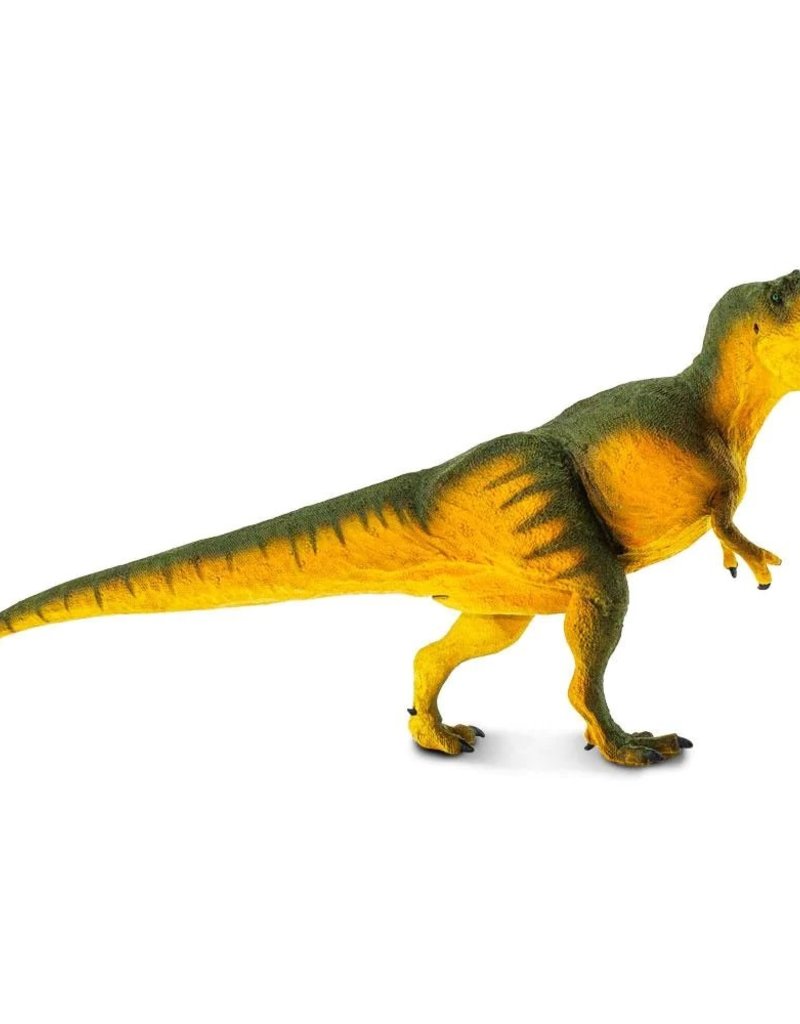 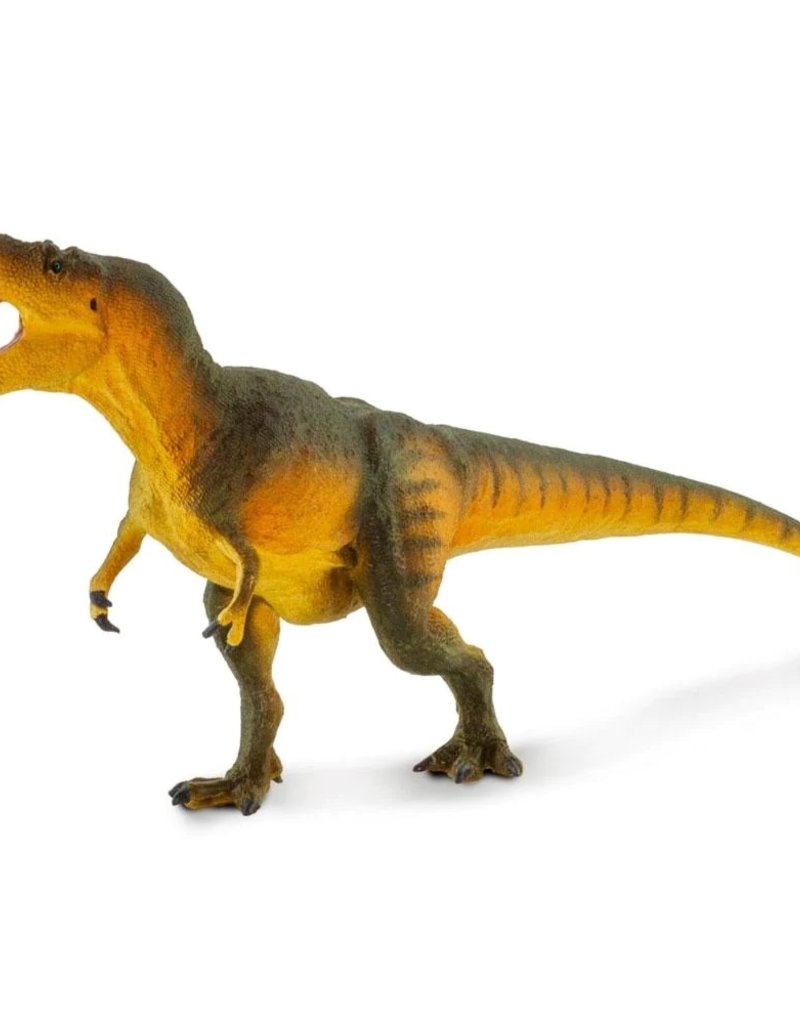 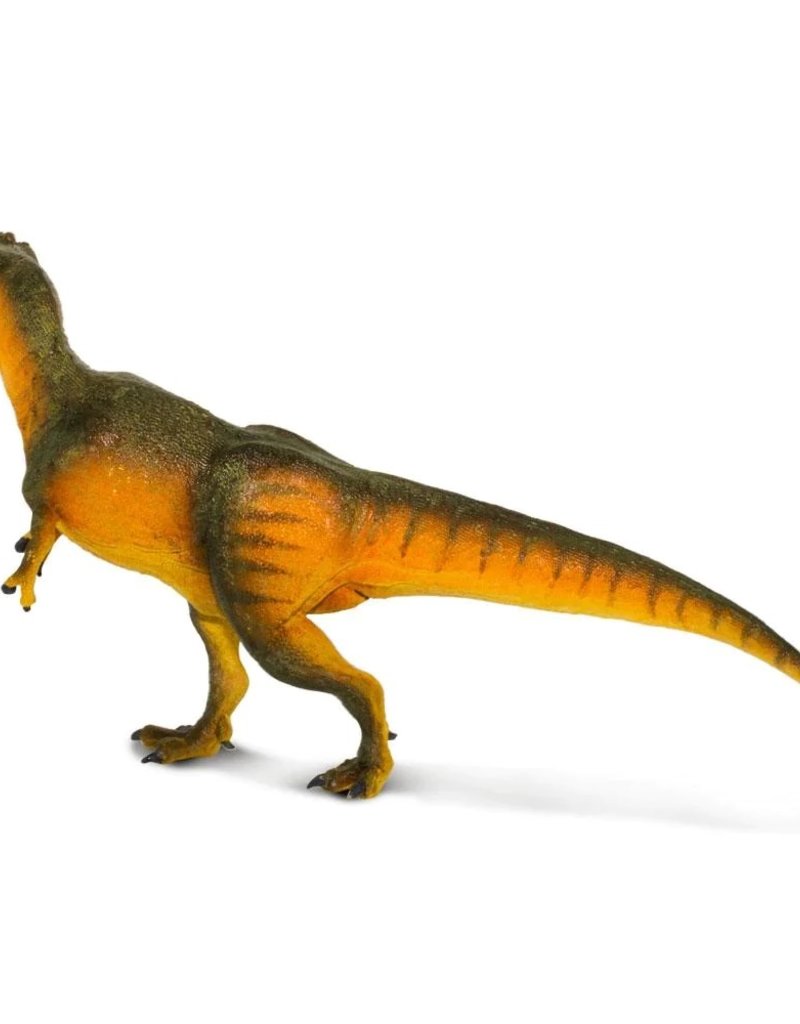 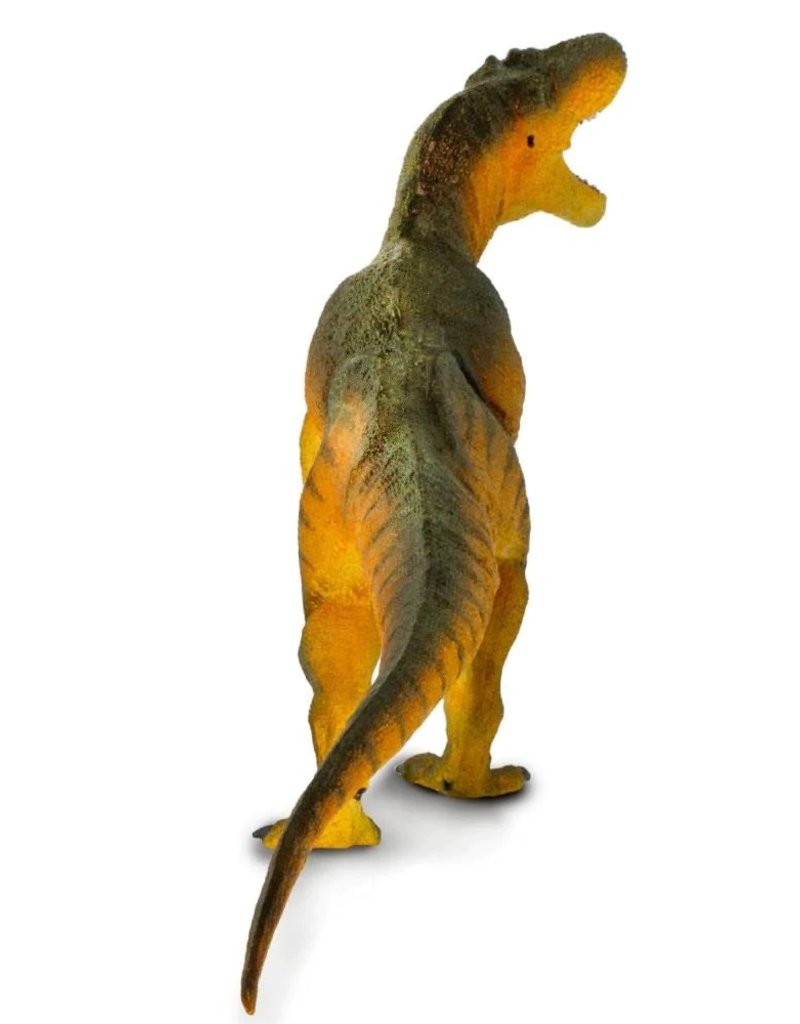 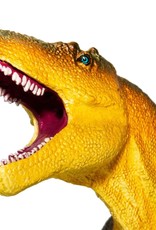 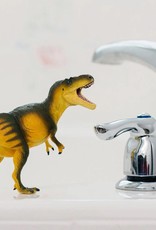 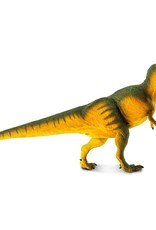 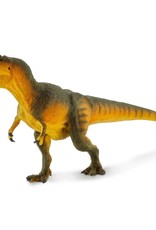 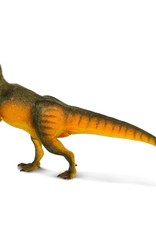 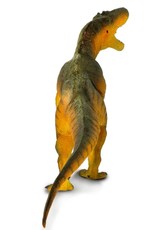 Daspletosaurus was a close relative of T. rex. It lived about ten million years earlier, and was about fifteen feet smaller, growing to around 30 feet long. It also had proportionally longer arms than T. rex and other tyrannosaurs, and its eyes were not as forward-facing as its larger, more famous cousin. Despite being smaller and not quite as advanced, it was still a formidable predator of the Late Cretaceous Period.