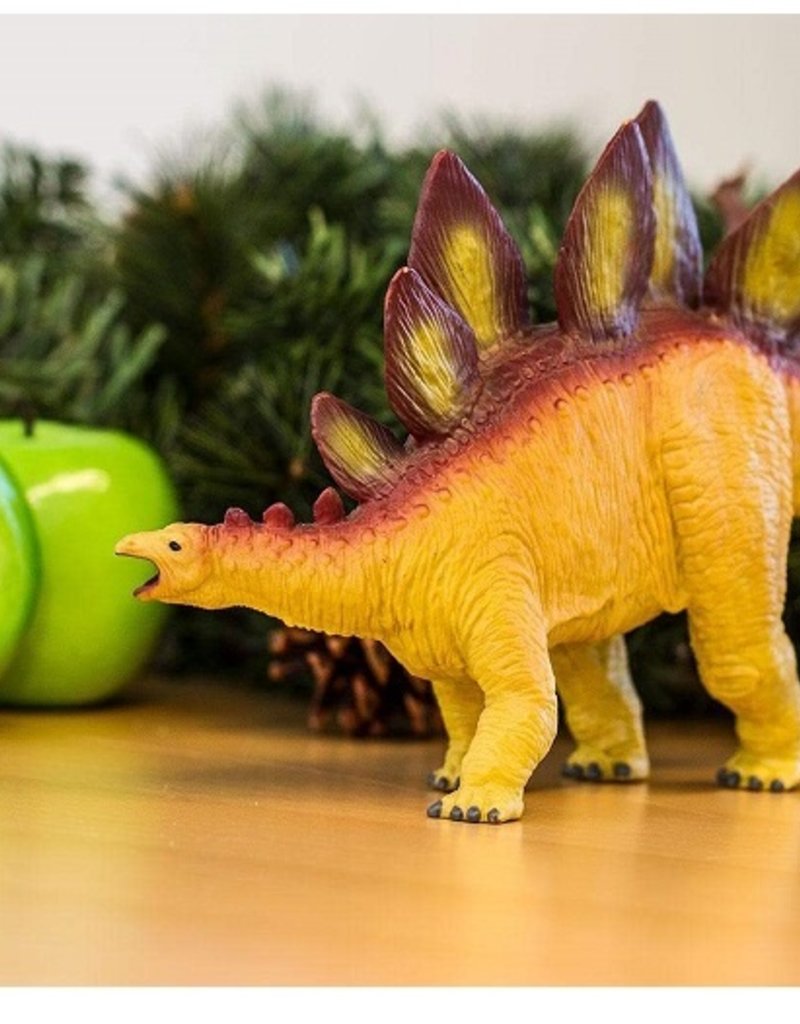 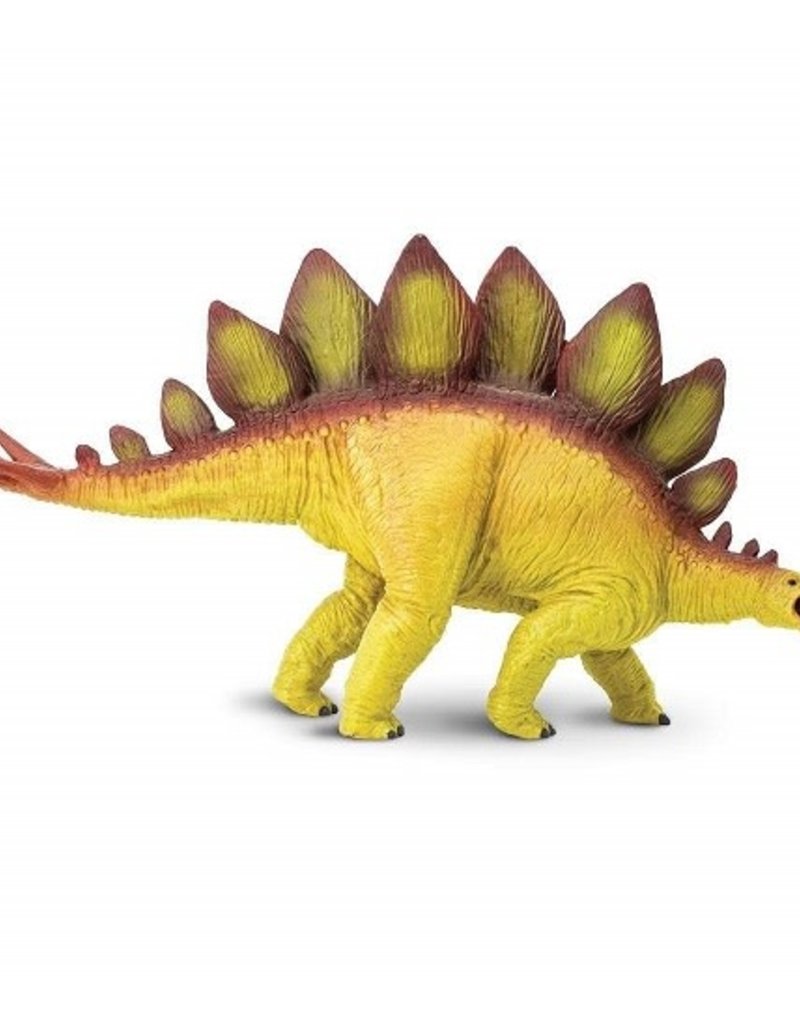 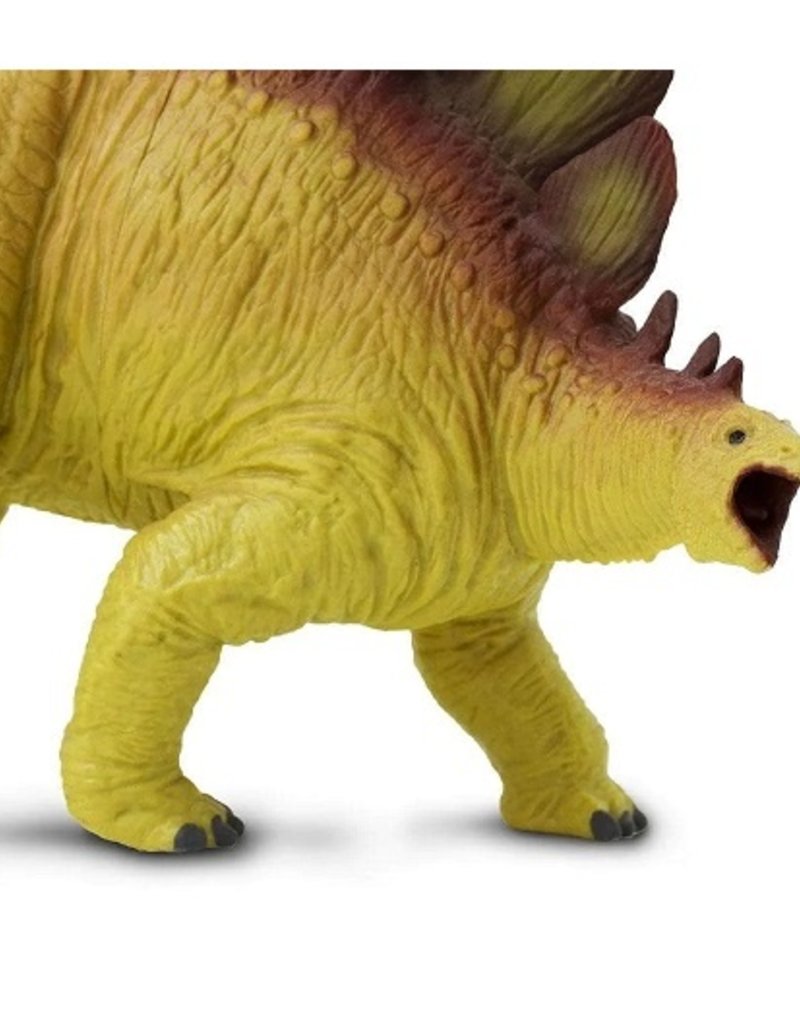 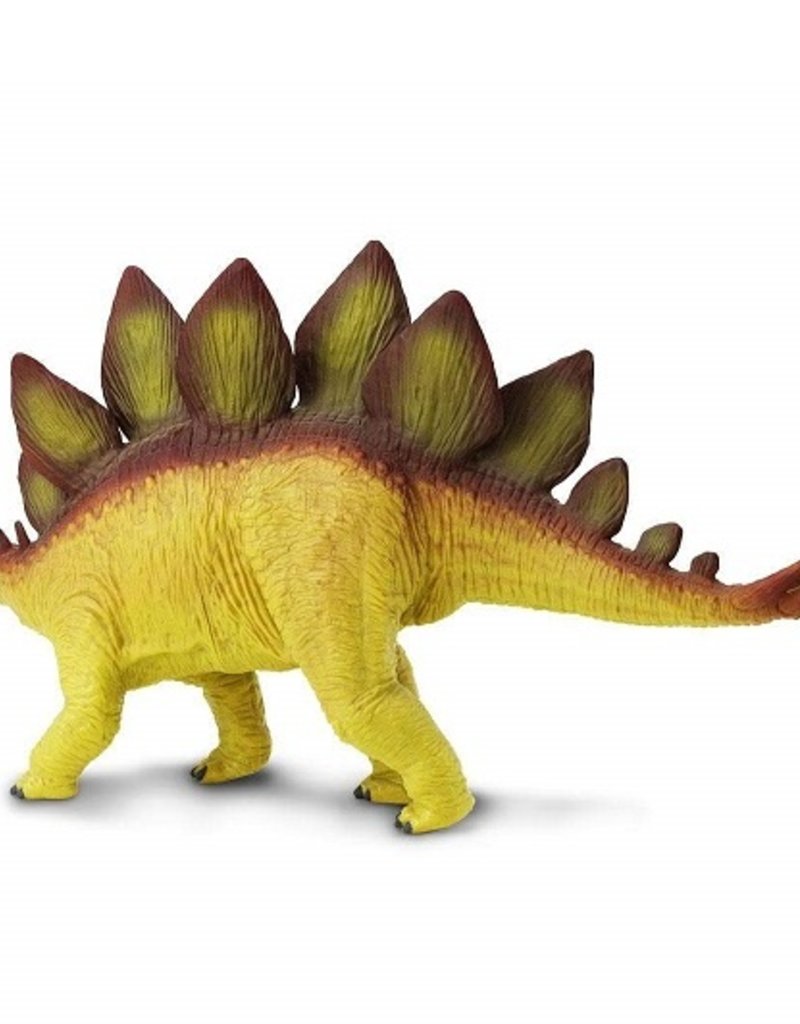 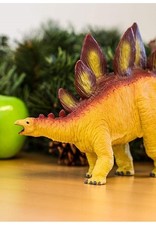 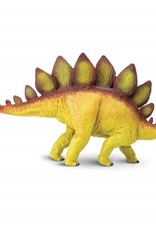 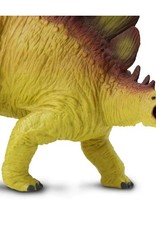 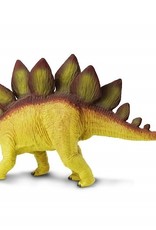 Stegosaurus was a large armored plant-eating dinosaur that lived during the Upper Jurassic Period (155-150 million years ago) in what is now western North America. It had an unusually small head, and although an adult would have weighed over 4.5 metric tons, its brain would have weighed less than three ounces. This led to the suggestion that Stegosaurus was extremely dull-witted, but it was clearly a successful dinosaur, so its small brain obviously wasn’t a problem.