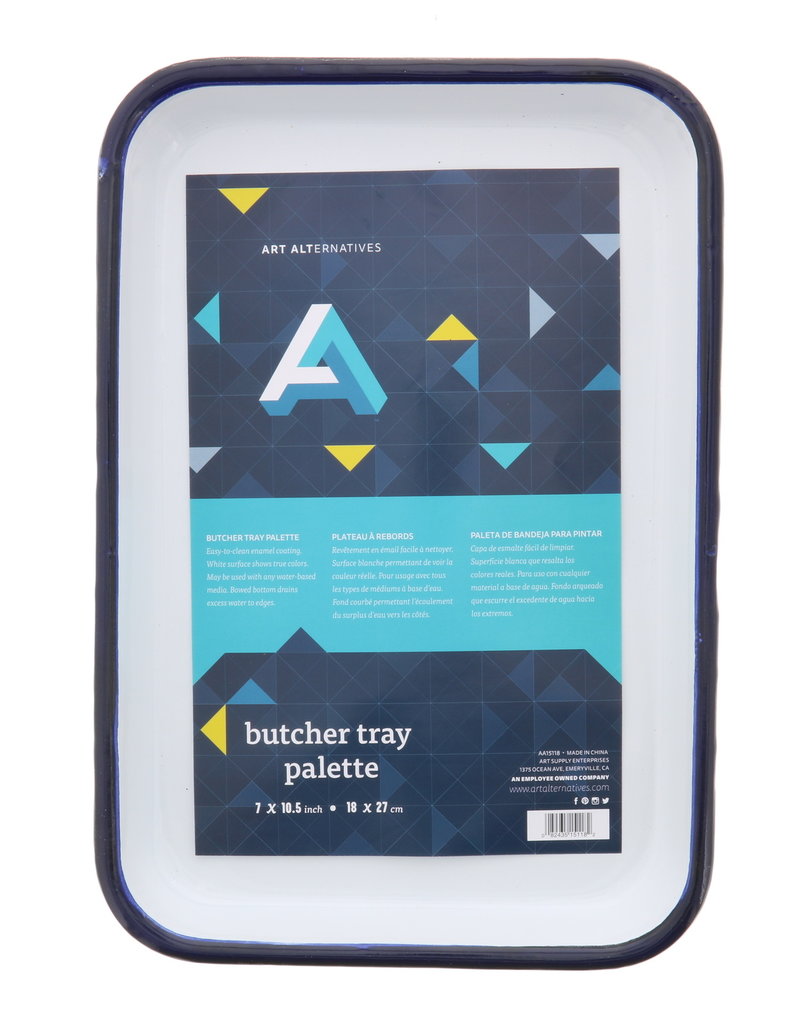 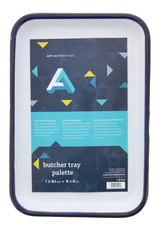 Longtime watercolorists remember the common use of butcher trays as a palette. But after American butcher shops stopped using these trays, they were virtually eliminated from the market. We found them in China, however, and they are as highly functional as ever. Nonetheless, they have two flaws we want to mention. First, many trays have small chips in the upper rim but because they are not chipped on the working surface, this is simply a cosmetic problem. Second, the bottom is slightly bowed so that the tray is higher in the middle than around the edges. Even so, we think it is hard to beat the value of this tool that will last a lifetime. The color of the enamel varies from batch to batch from bright white to creamy white. Either is suitable for most watercolor color mixing.